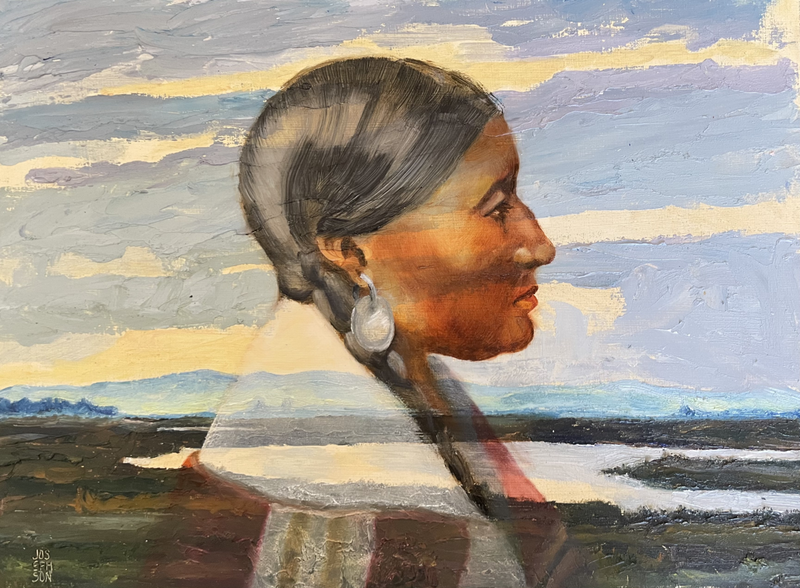 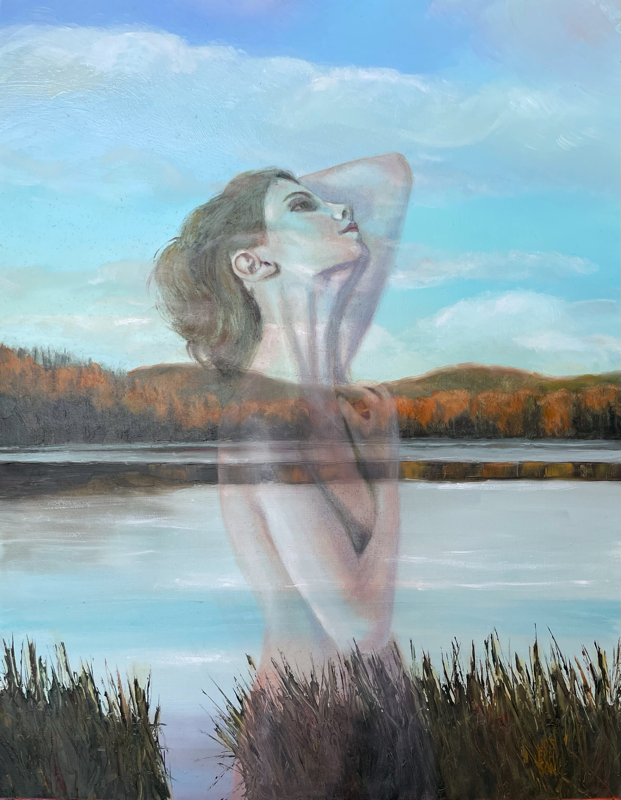 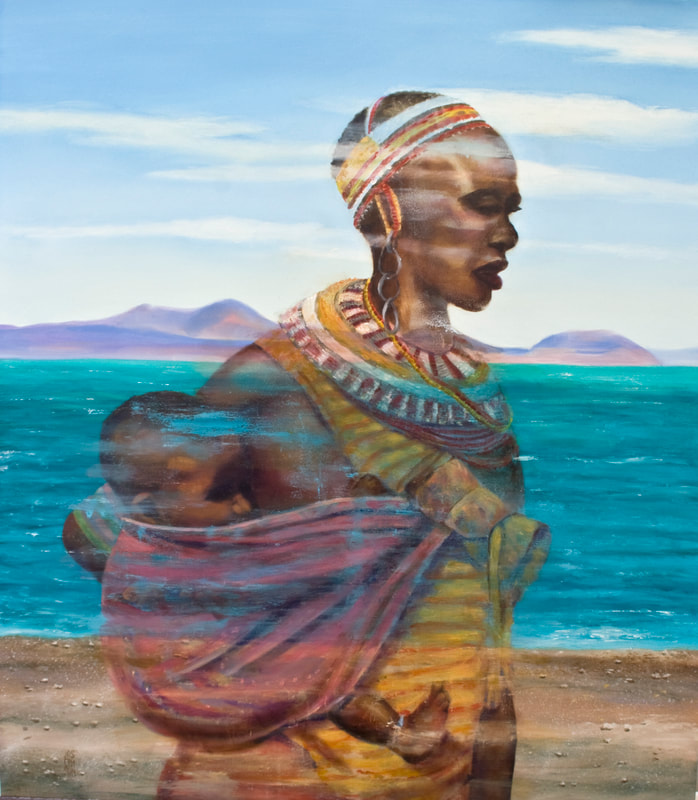 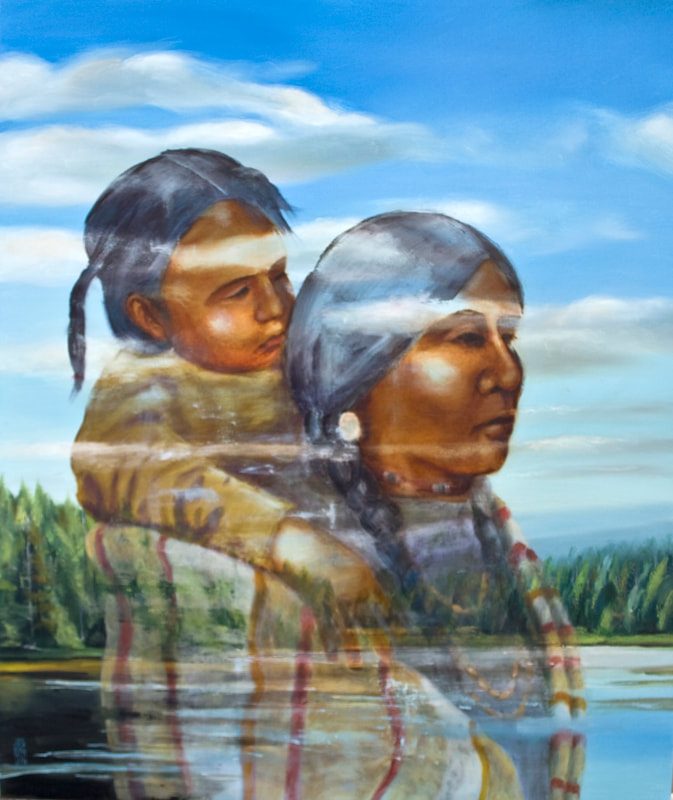 The Vanishing series of oil paintings explore women's visibility in the world and tell the fact that 80% of people displaced by climate change are women, according to UN figures. Roles as primary caregivers and providers of food and fuel make them more vulnerable when flooding and drought occur. Indigenous women face even higher risk from the effects of climate change than other populations because colonization decimated natural resources, altered infrastructures and compromised traditional ways of living that respect the environment. The 2015 Paris Agreement has made specific provision for the empowerment of women, recognizing they are disproportionately impacted.

These paintings represent all women living on ancestral lands where climate change erase caretakers and cultures. Will she vanish or can she emerge? Our perspective and actions now will create the reality of our future.

To learn more, to do more go to WECAN The Women's Earth and Climate Action Network
www.wecaninternational.org/